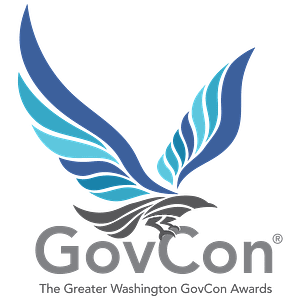 Herndon, VA — C2S Consulting Group (C2SCG) has been named a 2020 Greater Washington Government Contractor Award finalist in the “Subcontractor of the Year – Up to $25 Million” category.

The Greater Washington Government Contractor Awards, dubbed the “Academy Awards of Government Contracting,” honors leaders in the government contracting community and highlights the impactful accomplishments of a select few contractors, executives, and programs. C2SCG has been honored with a finalist nomination in the “Subcontractor of the Year – Up to $25 Million” category, which recognizes a government contractor for their financial and operational accomplishments, as well as their impact on the company culture, employees, and local Greater Washington community.

Each year, the Greater Washington Government Contractor Awards typically receives hundreds of nominations from well-respected industry and government leaders; C2SCG is honored to have been selected as a finalist for this prestigious award. Winners will be announced in November 2020.

About C2S Consulting Group (C2SCG)
C2S Consulting Group is a leader in providing exceptional cloud computing and migration services supporting the U.S. Intelligence Community, DoD, and Federal Civilian Agencies. We are known for our distinct approach leveraging cloud migration, DevOps, architecture, and IT business strategies to deliver the best solutions for our customers’ specialized needs. For more information about C2SCG, visit www.c2sconsultinggroup.com.